Its been 5 months since Ive posted on this blog but as winter approaches and the flu gets passed around, I really want to do a series on "Staying Healthy This Winter". 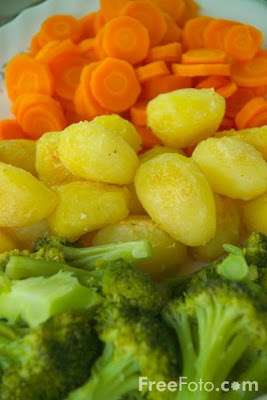 Posted by Rachel at 6:50 AM No comments:

Ive posted about how bad HFCS is before, but I found this great article by another blogger that I just had to share!

It turns out that HFCS has MERCURY!!!!! eeek!!! I am shocked!!!! that is B-A-D. bad, bad, bad. Hmmmm, mercury has been linked to neurological damage and conditions like autism and its in tons and tons of typical American foods - soda, bread, ketchup, crackers, etc.

American food is poisoning our children.

Avoid HFCS at all costs.
Posted by Rachel at 8:51 AM No comments: 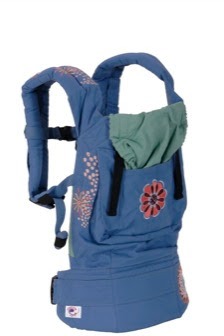 Check out this contest at Sage And Savvy for your chance to win an ERGObaby carrier! Carrying your baby is great so awesome - convenient, and great for your relationship! Great for dads too!
Posted by Rachel at 7:13 PM 1 comment:

Stevia Deal is back

This deal was gone the last few months and I was so bummed! But its baaaaaaack! 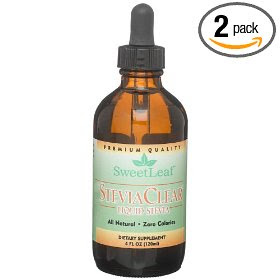 Get a twin pack of Sweetleaf Stevia (the only brand I use) on Amazon for only $19.95 with free shipping. AND if you subscribe to get it delivered every 1, 3, or 6 months, it drops to $25.95! You can always go back and cancel that subscription if you want to. Thats only $13 per 4oz bottle!!!! The 2oz bottle sells for that at all our local stores. Its like Buy One, Get One Free!

HERE is a rebate form for Physicians Formula Organic Wear Mascara. Its worth $9.95, which is the retail price so you get it for free!

Its also 100% recyclable (thumbs up!)
Its at least better than regular mascara and its FREE!
Posted by Rachel at 6:42 PM 1 comment:

You may have heard of people drinking raw milk and wondered why on earth someone would want to do that with all of our modern technology to make it "clean" and "healthy".

Here is an article on the health benefits of drinking milk raw i.e. the way God intended *Wink wink*)

We were able to get some frozen at one point but it isnt the same reconstituted :(. But Monday we will get our first fresh raw milk and I am SO excited. Its from a local dairyman who runs a certified raw dairy. This means that the government comes and regularly tests the milk. He also takes the milk to get tested himself, to be sure it is safe.

Basically milk right out of the cow is full of good healthy bacteria and the enzymes needed to digest it properly (because God is smart). When its pasteurized and homeogized (sp?) that kills any bad bacteria but also kills all the good bacteria, good enzymes, vitamins, etc. It basically makes a dead, hard-to-digest product, far from what God originally created it to be.

Interestingly, many people who are allergic/intolerant to store-bought milk, can drink raw milk.

A little tidbit from a fiesty writer who I enjoyed reading:

It's also rather amazing the amount of energy the state will spend tryingto put the clamps on people who have a couple of cows or a small herd of dairygoats. It's legal to drink milk from your own cow, so farmers began to sellshares of a cow to people who could then pick up "their" milk from "their"cow. But the state swooped in and put a stop to it,

If the government put this kind of effort into mass-produced peanuts, five people might still be alive.source: Swallow peanuts, but choke on raw milk

Its still ILLEGAL to sell raw milk in many states - this is almost as absurd as the states in which its illegal to have a homebirth or practice midwifery outside of a hosptial...dont even get me started!!!! Here it TX they can only sell it to you if you go and get it yourself. Thankfully Im not hooked up with an awesome lady who goes down every other Monday and gets it for everyone and then I just have to pick it up at her house nearby. Im so excited to try it!!!

Also, even at $7/gallon, we will save money over buying the Caleb and JJ almond milk! and thats the same price as organic milk at Costco :)
Posted by Rachel at 11:03 AM No comments:

Lead in Crockpots and Plates

Ive heard little bits around the internet about crockpots having lead. This has always concerned me since I use my crockpot often. Well we are thinking of buying a second one for when we have big crowds so I finally buckled down and researched it.

You probably know that NO level of lead is safe. The FDA has a maximum level of lead allowable in the glaze in the crockpot (which is higher than zero - thanks again FDA). The danger of the leaching comes when the crockpot is heated up - and then the lead goes right into your food. things like this are SUCH no-brainers and yet so many experts just wonder why our country and our children are so increasingly sick :(

From what I could dig up

For sure have lead: Rival and Crockpot brands

I have a Rival :( I personally think this is a serious enough issue to warrant getting rid of it and getting something that I know is safe. I have some emails in to the other companies to verify that they do NOT use lead in their glaze. Will update!

I also found this really neat report from testing plates. Unbelievably, many are HIGH in lead (outrageous!!!!!). Click HERE for that report. Thankfully the Corelle the kids use is safe.
Posted by Rachel at 9:01 PM 2 comments: